Besides being Hispanic myself, I have researched and worked with the culture since the beginning of my career.

In San Antonio, Texas, where my firm is located, more than 64 percent of the local population is categorized as “Hispanic or Latino.” However, the business world often still regards these residents as a specialty market. Even in public relations, many practitioners separate general-market media outlets from Spanish-language media…PRSA

To commemorate and celebrate the contributions to our nation made by people of African descent, American historian Carter G. Woodson established Black History Week (then called “Negro History Week”) nearly a century ago. The event was first celebrated during the second week of February 1926, selected because it coincides with the birthdays of both Abraham Lincoln (February 12) and abolitionist/writer Frederick Douglass (February 14). That week would continue to be set aside for the event until 1976 when, as part of the nation’s bicentennial, it was expanded to a month. Since then, U.S. presidents have proclaimed February as National African American History Month…CENSUS.GOV

Because the Hispanic Heritage Month is more than listening mariachis or create emote modifiers (ask Twitch), we want to share a Cultural Competence Handbook by the National Association of Hispanic Journalists to understand, appreciate and interact with people from a broad range of backgrounds, experiences and viewpoints with respect. Disfrútelo!

NEW YORK, NY; Aug. 18, 2020: A research report released today by the Center for Community Media (CCM) shows surprising gaps and biases in news coverage by the Spanish-language media in the United States.

The report, in English and Spanish, is based on an analysis of almost 700,000 Spanish-language news stories in the 41 primary outlets, published during the first three years of the Trump presidency. CCM, which is part of the Craig Newmark Graduate School of Journalism at CUNY, will translate the report from Spanish to English in the coming weeks.

Using a tool to search for specific terms and phrases, Ronny Rojas, an investigative journalist and Newmark J-School faculty member, analyzed the news coverage by the Latino media at a time when Spanish-speaking communities have been the target of government and political leaders in U.S. There are 60 million Latinos in this country, and 40 million people speak Spanish.

While multiple surveys show that Spanish-speaking Latinx audiences are most interested in U.S. news about the economy, healthcare costs, immigration, and, increasingly, race and race relations, these topics comprised a remarkably small and declining share of Spanish-language news coverage during the three years studied. Rojas found that news on jobs and healthcare accounted for just one percent of all stories published or broadcast in Spanish each month, a decrease of 50% between 2017 and 2019…CENTER FOR COMMUNITY MEDIA AT CUNY

One of the ways America shows its diverse culture is in the sheer number of languages spoken by the country’s people. The above map shows which languages other than English and Spanish are the most common in each state and Washington, DC.

The US Census Bureau’s American Community Survey annually asks more than 1 million Americans questions about their lives, families, and backgrounds. One question asks respondents what language they mainly speak in their homes.

Using individual-level responses from the 2018 American Community Survey assembled and published by the Minnesota Population Center’s Integrated Public Use Microdata Series program, we found the most common language spoken at home in each state, excluding English and Spanish.

English is, unsurprisingly, the most commonly spoken language across the US, and Spanish is the second-most-common in 48 states and the District of Columbia. So, we excluded those two languages in the above map…BUSINESS INSIDER

Whiteness and white racialized identity refer to the way that white people, their customs, culture, and beliefs operate as the standard by which all other groups of are compared. Whiteness is also at the core of understanding race in America. Whiteness and the normalization of white racial identity throughout America’s history have created a culture where nonwhite persons are seen as inferior or abnormal.

This white-dominant culture also operates as a social mechanism that grants advantages to white people, since they can navigate society both by feeling normal and being viewed as normal. Persons who identify as white rarely have to think about their racial identity because they live within a culture where whiteness has been normalized…National Museum of African American History and Culture

The Associated Press changed its writing style guide Friday to capitalize the “b” in the term Black when referring to people in a racial, ethnic or cultural context, weighing in on a hotly debated issue.

The change conveys “an essential and shared sense of history, identity and community among people who identify as Black, including those in the African diaspora and within Africa,” John Daniszewski, AP’s vice president of standards, said in a blog post Friday. “The lowercase black is a color, not a person.”

The news organization will also now capitalize Indigenous in reference to original inhabitants of a place.

Daniszewski said the revisions aligned with long-standing identifiers such as Latino, Asian American and Native American. He said the decision followed more than two years of research and debate among AP journalists and outside groups and thinkers… APNEWS

Outbreaks of infectious diseases have long inflamed racism and xenophobia in the United States. Fears of the coronavirus have fueled rising anti-Chinese sentiment as a combination of traditional slurs and new terms such as “Kungflu” and “Chinese Virus” conflate the pandemic with ethnic and national identity.

From Koreatown in Los Angeles to Greenwich Village in New York City, Asians have been harassed, pushed, spit upon and attacked under the false assumption that they are to blame. An illustration of this, according to the Asian Pacific Policy and Planning Council, 1.497 bias-based assaults were reported to their hotline in the month of April.

Ogilvy Health and #iamnotavirus have teamed up to raise awareness of this unacceptable behavior via a provocative campaign on social media and beyond…. OGILVYHEALTH

But as the country recovers from the coronavirus outbreak, the government wants everyone to change that tradition.

Related: Coronavirus has changed how we transport goods and ourselves

On TV stations around China, a public service announcement has been playing over and over for the past month.

In it, a three-generation family sits down for a meal, and a cute little kid peddles over on his tricycle carrying eating utensils. There’s a pair of chopsticks for each person, and also a set of serving chopsticks.

The message: Make sure to use the serving chopsticks.

Related: Will the US ever mimic Asia’s culture of ‘universal masking’?

It’s all part of a new campaign run by the government to try to convince people in China to change how they eat.

At an upscale Cantonese restaurant in Shanghai, Tang Xue Xiong is surrounded by 12 of his friends and business partners. They’re having a post-COVID-19 reunion in a private VIP room.

Before them lies a vast array of mouthwatering dishes, including fried fish, shrimp cakes and clay pot rice. The group clinks glasses for a toast before they dig in. Tang asks the waiter for special chopsticks and serving spoons to serve the dishes… THE WORLD 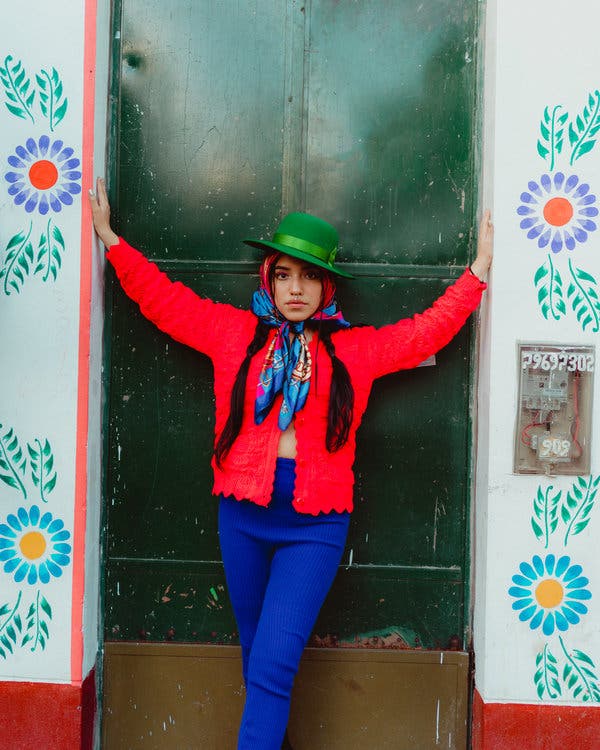